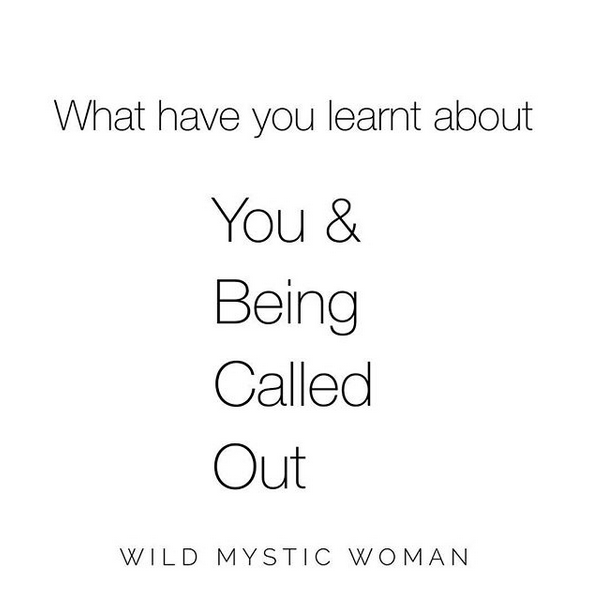 I’ve learned that the way I react to being called out is the measure of how deeply I am doing my anti-racism work. If a BIPOC takes the time to call me out on racist behavior, using my weapons of whiteness or needing to check my privilege, I hope that I could get through the hard feelings quickly and understand why I am being called out. I’d rather take risks in my allyship and get called out than play it too safe, do too little or nothing at all, like in the past.

I’ve been awkward about apologizing to some BIPOC. I was waiting until I got thru this challenge to make a sincere apology. My waiting is cowardly. I should do it now.

I’m willing and able to make a humble apology. I’ve been making amends to BIPOC by contributing financially. I’m supporting a black woman by sending her monthly nourishment boxes. I want to find more ways to make reparations.

In situations where I’ve said racist or hurtful things to BIPOC, the shock and terrible energetic reaction felt shameful. The times that I didn’t apologize, I justified it by thinking that my racist action wasn’t as bad/hurtful as others I’ve heard or witnessed. I chalked it up to a mistake and vowed to do better, but didn’t address it directly for fear of encountering anger. Also because I knew that if I ignored it, no one would say anything. I knew I could get away with it so I did. What I gain in this scenario is saving my ego from scrutiny and shame.

Wanting to be seen as a good person has made me willing to sacrifice my integrity. It’s a hollow prize though when I know what I’ve done & that it’s a lie that I’m “good”…it perpetuates the cycle of needing approval. I need approval from the patriarchy & from other white women. It’s a shallow and unfulfilling existence.

DAY 20: “If being seen as a ‘good white person’ has been your biggest desire, then being called out for your racism is your biggest nightmare. Because of fragility, superiority, exceptionalism and all the topics we’ve covered so far, if you are not committed to a life-long anti-racist practice then you do not do well when you are called out for causing harm through racism.

Common reactions when called out include: Becoming defensive. Talking about your intent while ignoring your impact. Minimising. Derailing. Crying. Falling silent. Flouncing. Deleting everything and running away. Claiming you’re being attacked. Pretending that you ‘don’t see colour’. Pulling out your token BIPOC to prove you’re not racist. Talking about all the good things you’ve done for BIPOC. Talking about how the person calling you out doesn’t ‘know the contents of your heart’. Having to have the last word. Characterising the person(s) calling you out as aggressive and irrational. And other white fragile reactions that centre you as the victim, instead of the one who did harm. If you are so used to being seen as virtuous, ‘nice’ and right (because of white centering), and if you harbour deep anti-blackness and racist thoughts, then of course you are not going to be able to accept being called out. Furthermore, it also means you can’t bring yourself to give a sincere apology when you have done harm, because at some level you still believe your intent matters more than your impact, and that you shouldn’t have to apologise to people that you see as less than you. The reaction you have when you are called out tells us so much about how much anti racism work you are or are not doing.

What have you learnt about You & Being Called Out? What have you felt, thought, said or done when called out, or how do you think you would react if it hasn’t happened yet? What about apologising after being called out – have you been able to do that sincerely, or have you swept it under the rug hoping no one would notice? Most white people who have done racist harm to me have never come back to sincerely apologise or make amends. Are you one of those people who cannot apologise to BIPOC?” – Layla Saad