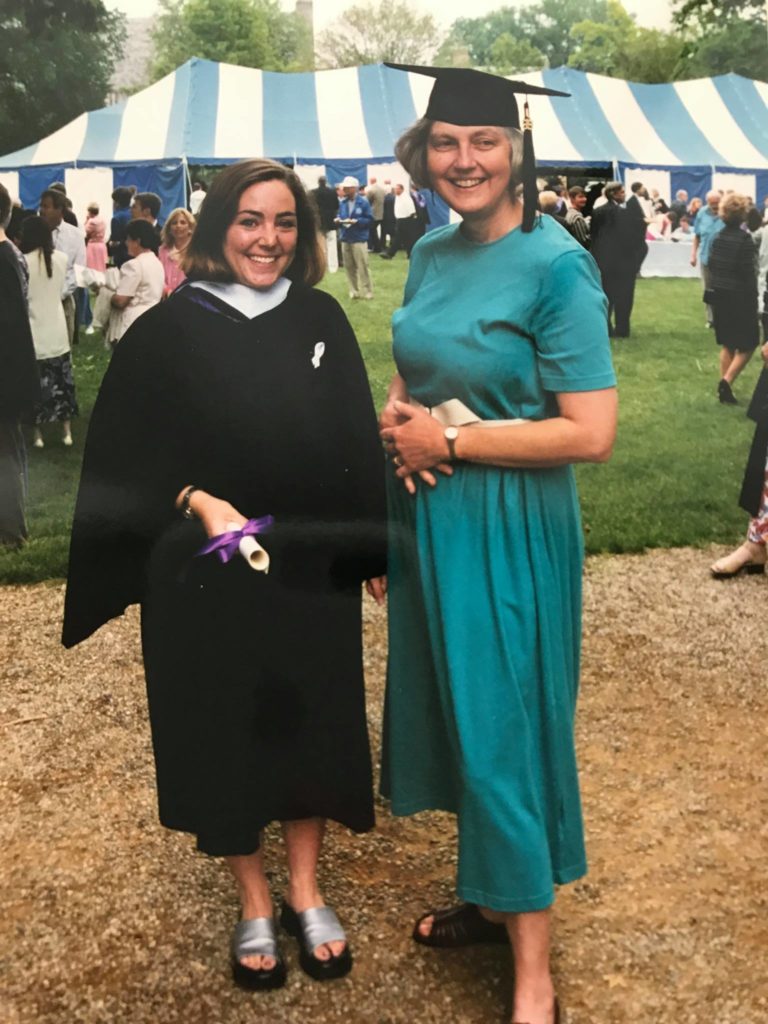 In the beginning of January, I posted about my Aunt Joan, my dad’s middle sister, and her declining mental & physical health. Since then, several people in her town called the police to do wellness checks on her and they finally declared her unfit to live on her own or return to her house. After medical & psychiatric testing, she’s been diagnosed as being in advanced/late stages of Alzheimer’s and will need to be in a care facility for the rest of her days. I’m told that she’s been extremely aggressive in this state of her dementia and she’s had to be restrained and sedated to keep herself and the hospital staff safe.

A part of me is relieved that she is somewhere where she won’t be able to cause harm to herself or others. A part of me is mourning the fact that it’s likely I won’t see or be able to be with the woman that I knew as my aunt again. I also wonder at the state of outrage she is said to be in and if it’s related to unexpressed rage she felt during her lifetime or if it’s just an effect of the disease that has taken over. Possibly a bit of both and more that I’ll never know.

She did have a pretty solid reputation for being a grumpy and crotchety lady. She had many gripes she liked to share about the world and the way things are. I never really faulted her for that because I don’t disagree with her about a lot of things and I liked her transparency most of the time, maybe except when she turned her critical eye on me and my life.

My instinct is that she spent too much time alone with her hard feelings and some part of her spirit couldn’t cope with anymore of that in this lifetime. I know how important it is to reach out when I feel isolated or alone and to receive company and say yes to invitations even if a part of me resists. I think what impacts me the most about my aunts current state is seeing clearly that choices to isolate, push people away and give up on people and hope can be very destructive, even deadly.

I know my aunt is a brilliant woman and I don’t have any judgment for how she chose to live her life. I feel that she had some deep, unresolved trauma and/or mental illness that she powered through living with for as long as possible. How strong and resilient she must have been for so many years.

When she came to my college graduation and found out that I had majored in Psychology and Art, she actually laughed at me. She said that psychology was a very “fuzzy” field and also “Good luck earning a living.” Her cynicism for me wasn’t unfounded it turns out. I do think she refused to get the help or support that might have drastically improved her life and I think she rejected the idea of healing and therapy because of social stigma and pride.

These are all pretty wild projections on my part, but when I tune in to her from time to time this is what I feel and how I’m making sense of it all.

My prayer for her is to find an extended period of peace. I pray the universe finds a way to restore her honor and release whatever she’s been carrying that has been so hard to hold and impossible to let go of.

At some point in the future I will go to New Hampshire and help take care of her home and her things. My mom made this interesting comment recently that after my dad’s parents had died and we cleaned out their home, my Aunt Joan took home everything that was left over and no one else wanted and kept it. The holding on to what no one else wanted part strikes me. It can be so hard to let go, and it’s different for all of us what we struggle with letting go of.

I have a few precious things that are sentimental because of the person that gave them to me and the meaning of the gift, but mostly I don’t assign deep meaning or emotion to things. I remember essences of people and how they made/make me feel. I know it’s different for everyone and we all have sticky places where the past can get stuck and impede our present and future.

I’m sad about my aunt’s decline and her current state. I haven’t started to grieve her though because it doesn’t seem like it’s time for that yet. It’s been so long since I felt close to her. We didn’t have a connection that involved much contact for the last 30 years or so. Much of our conversation over the years was made possible and facilitated by my mom putting us on the phone together. My aunt & I didn’t have too much to say to each other, we just had a mutual experience of “getting” each other. I think I just felt that of all the people in my family, she felt the most resonance with me and possibly I annoyed her the least.

One finally memory that sums it all up for me at this time is that in her downstairs bathroom she had a sign that said, “A good friend will come and bail you out of jail, but a true friend will be sitting right next to you saying, ‘Damn, that was fun.’” I don’t know too much about her life in New Hampshire for the last couple decades, but I really hope she had her share of true friends and her share of fun.