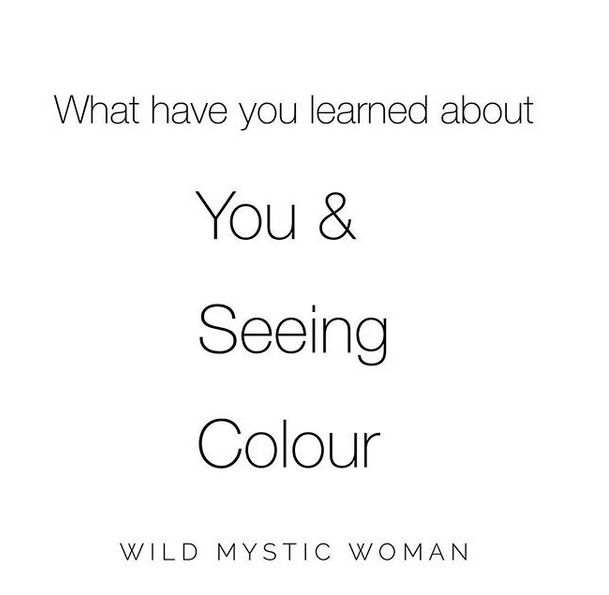 Today I wonder if I truly see BIPOC for all that they are and all that they have lived. Black & brown faces intrigue me so much. I love the uniqueness, the lines and different shapes and shades of color. The artist in me wants to draw, paint, photograph and capture this beauty. I hear from BIWOC (Black Indigenous Women of Color) that expressions like mine make them feel fetishized. It glamorizes their exotic beauty, but this is objectification and “othering.” It does not acknowledge all they have endured in their skin and in their bodies at the hands of white people. And also, I am gawking, staring & making it awkward, but not fighting hard to create a world where they can be safe and exist without persecution.

I’m in awe of black hair (I know not to ever touch it!), but I never cease to be amazed by the art of black hair in whatever shape or arrangement. I’m only seeing features though, not into the depth of experience that comes with all this beauty I see and admire. What also draws me in is the strength and power of BIPWOC.

I’ve often see people of the same color grouped together. I didn’t realize that it was because of the way white people are that BIPOC retreat into groups for solidarity and reprieve.

What is true about me and seeing color is that I don’t acknowledge it. A voice in my head says, “Treat this person like everything is normal.” But has it ever been normal between white people & BIPOC? I thought BIPOC didn’t like me, and I was probably right. What I didn’t see was how I am creating that divide with my own unexamined, internalized racist behavior.

I’ve brought an elephant with me into almost every encounter with a BIPOC. I’m always keeping that elephant between us and not really seeing why it was there. I’m obsessed with the difference, the unfamiliarity and afraid of any silences or long pauses where something might seep out of me into the elephant heavy space. I don’t know it that would be that would escape from me, but I’ve felt the need to control myself very tightly. I’m so busy trying to control myself, understand what the rules are, behave in the right way and I’m not truly present and I don’t truly see the humanity of the BIPOC in front of me.  I’ve upheld a tense, weirdness, not quite tangible, but also suffocating, like energetic constipation.

I’m blind to so much of my racist behavior, as well as tracking on comprehending all racist acts that I hear about in the news and witness in my life. I thought the height of racial injustice was in the past. I didn’t pay attention to the insidious ways it was sneaking it into conversations and encounters, whispering, judging in unsubtle damaging ways, twisting and bending laws and rules to erode progress being made by BIPOC and keep whiteness in power. I left it to BIPOC to make progress for themselves rather that seeing violence in my own apathy. I didn’t directly see how anyone was fighting my battles for me, so I didn’t go out of my way to fight for human rights in any real way. What I didn’t see is that my own rights have come at a heavy cost to others.

With all the racism that has played out in front of my face, I didn’t try hard to see the bigger picture clearly because it wasn’t happening to people that looked like me. I can see how thinking that we are all the same and deserve to be treated equally and loved equally is a powerful ideal. It doesn’t recognize what is actually happening and has been happening. I’ve blinded and deafened myself to the truth. I’ve witnessed BIPOC screaming into the canyon about injustice, prejudice and racism and I’ve marveled at the echoes instead of comprehending the message. Whatever the intention “I don’t see color.” is, I see that it’s worse than, “I am racist.” The latter statement is stating a prejudice and a hatred, but it isn’t gas-lighting and manipulating while smiling and pretending everything is love and light.

I couldn’t figure out why I felt the energetic boundary around the groups of BIPOC. I see that it’s likely their shared experience of racism and my ignorance of it that has created the repelling force of like-pole magnets. I was so mistaken to interpret their coming together as exclusion when it is most like to commiserate with those who get it and escape from those who don’t. #meandwhitesupremacy

Day 8: “I’m not racist. I don’t see colour.”
.
If I had a dollar for the number of times I’ve heard progressive, spiritual, liberal white privileged people say they ‘don’t see colour’ when they’ve been accused of being racist… Except I wouldn’t want those dollars because this statement, ‘I don’t see colour’, is violent. It is violent because it says, I don’t see you for who you are. I’m choosing to ignore your skin colour, your hair pattern, your accent or other languages, your cultural practices and spiritual traditions. I’m choosing to erase all of the important parts of your identity that make you who you are. It is violent because it erases the identities of BIPOC, thereby also erasing our lived experiences with racism. It minimises these experiences. And it asks BIPOC to minimise these experiences too. It asks BIPOC to act as if the world is set up that way – as if institutional racism and prejudice don’t exist. It is also a form of gaslighting because it simply isn’t true. You do see colour. You’re choosing to pretend you don’t so that you don’t have to face the elephant in the room – your white privilege and your complicity in white supremacy. .
Are you someone who has used or thought this statement? Are you someone who has used the idea that ‘there is only one race – the human race’ to gaslight, minimise, erase, ignore and harm BIPOC? Have you wanted BIPOC to stop talking about race using this statement? Have you said or thought that racism only exists if we keep talking about races? Have you cringed or become frustrated anytime a BIPOC has used the term ‘white people’? Have you felt that it was racist or divisive to keep talking about white people? Have you thought they were talking about the actual colour of your skin and thought ‘reverse racism’? Have you wished we could just stop talking about race? And what mental gymnastics have you done to avoid seeing your own race (and what your white race has collectively done to BIPOC)? What have you learnt about You & Seeing Colour? – Layla Saad