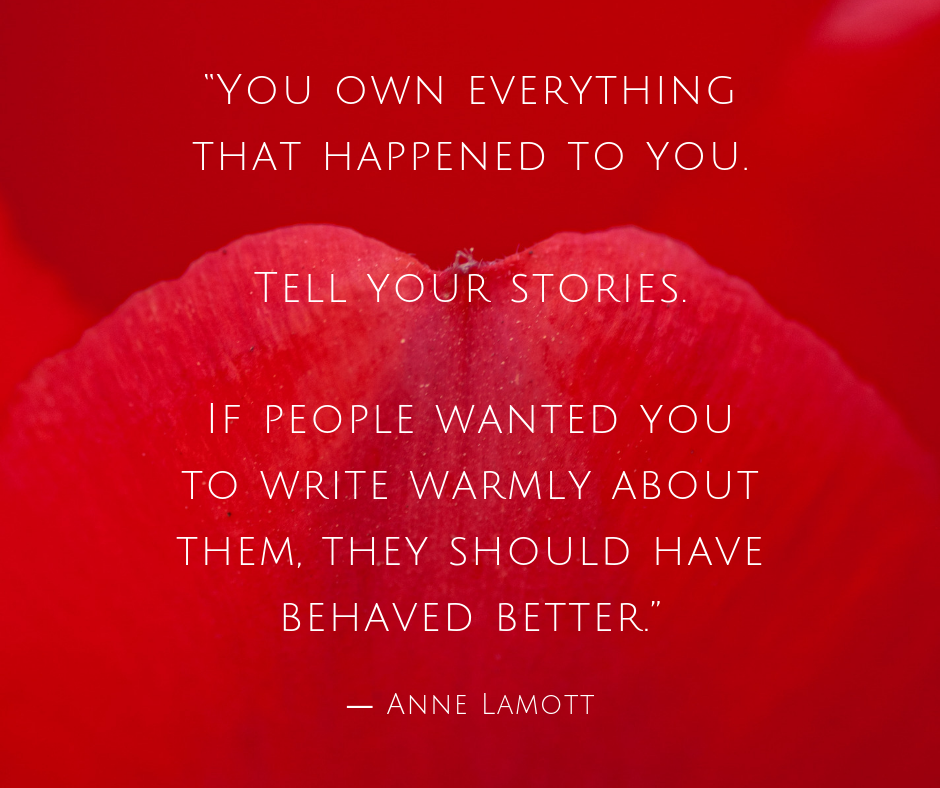 I posted a 1 star Yelp review about a male spiritual teacher that I’ve experienced to be psychologically harmful and predatory. My heart pounds and I feel scared like I’ve done something wrong. I’ve written about this experience many, many times over the years, but never shared it publicly. I am still worried that maybe I misunderstood or maybe I am misremembering. I am still feeling the pull to protect him and excuse his behavior. I can still hear that arguments of those who will defend him. I know that I can never fully explain the context of how it became normal and felt good to be in a cult and allow a man who claimed to be enlightened advise and direct me on all my life decisions… until it didn’t and it became crystal clear that I needed to get out immediately.

Speaking out against people is something I feel we are subtly, and often overtly, conditioned against. The message, “If you don’t have something nice to say, don’t say anything at all.” comes to mind. So many people are speaking out recently that it almost feels like a common thing to do now. I am grateful and for every person that has decided to speak out/up no matter how long it’s been or what the consequences may be.

I’ve thought about this for 10 years from many different angles and for some reason today was the day. It’s not that I’ve kept my cult experience a secret. I’ve told almost everyone I know about my experience being in a spiritual cult for 5 years. I often make jokes about it and laugh as I tell stories about my experience. I don’t as often share the darkest sides of my experience, and I’m still not ready to. I’ve never posted on the internet about it in a place where it’s likely to be seen by him or by students of his. I don’t like the idea of anyone being upset or feeling betrayed by me, but what I dislike much more strongly, is the idea of anyone else being pressured in any way to surrender to a spiritual teacher who is harmful and predatory.

What I’ve learned through dedicating a lot of my time and energy to healing, it that the traumatic gestalt – the sum total of events, relationships, etc. is greater and much more complex than the individual parts. It can be a big bang trauma and/or a long, painful traumatic relationship AND it can also be drip, drip, drip trauma, and the trauma can keep building even as recovery is happening and we realize just how far from our true center we were and just how deeply we were affected.

Sometimes the time that goes by adds to the trauma when we realize the full impact of the effect of living with that trauma and what it has cost us. It’s often hard to have a full picture of things until years, maybe decades, later.

No one escapes traumatic experiences and relationships, but I feel that I was more vulnerable to some things that were traumatic because I misunderstood the degree to which we are all being groomed by the media, society, the government, the patriarchy, white supremacy, so many forces to follow, to submit and obey. Psychologically savvy and psychotic minds are capable of allowing us to feel that we are rebelling and on the edge of breaking through even as we submit and obey them. It’s wild and sometimes it feels incredible as it’s happening. Thinking that cults were only for truly damaged, desperate people and only run by obviously, extreme and evil people that encouraged mass suicides and thought the world was ending left me vulnerable to willingly joining one. What I didn’t know was how slowly and methodically a person/or group could groom me to believe that everything they do and say is honorable, correct, and good.

This is a lot to read. If you made it this far, thank you. There are many more stories to tell. I am healing in the process of writing, sharing, and being seen. I encourage all who feel moved to tell their stories. I want to hear them.

Here is my review on Yelp:

I’m one of the 10 women that responded to Cynthia B’s review. I’ve also struggled with speaking out. I finally feel brave enough to come forward & publicly report how psychologically abusive Oriel & members of his spiritual cult are for many that have been involved.

He approached me at Cafe Gratitude in the Mission & seemed to peer into my soul. He spoke to me very intimately & said that he could help guide me on my spiritual path. He has an extremely enigmatic quality, a powerful presence & is disarmingly funny, even sweet. I found many serendipities & synchronicities in our meeting. I was captivated.

I wasn’t ever involved with him sexually. When I accidentally found out that several students were sleeping with him, I was alarmed. The way that he explained his choices to me seemed reasonable though since I had already had a few years of being groomed to support & protect him. His other long time students, most teachers themselves, did a lot of the grooming of newer students for him.

I saw that people who left the group were labelled as crazy & were shunned. He would call people that left his “arch enemies.” I could never figure out why he felt so threatened by them.

There was an extreme level of paranoia & OCD-level behavior around cleanliness. We were made to subscribe to obsessive levels of cleaning ourselves, our homes, our cars, etc. as a lesson in learning how to be conscious. When I cleaned in his home as part of my service to him, I was required to change into different clothing & wash my hands obsessively. Once I was asked to help organize his office & he called me outraged that I had been so unconscious as to place a hanging folder backwards in his filing cabinet. He said I was unconsciously lashing out at him. Saying no to a request of his could often lead to a phone call of him screaming about how ungrateful I was & what a big “F*ck you!” I was saying to him.

From watching documentaries on cults, especially Wild Wild Country, Holy Hell & Leah Remini’s series on Scientology and the Aftermath, I realized that we would all feel high from his energy & attention when he spoke to us. He did treat me as special in the beginning & gave me extra attention, I think to make other students of his jealous. Teaching us lessons was a big thing that I now understand as gaslighting & psychological manipulation.

His students became some of my best friends. It was fun to be part of his community as long as you were a “good student” & did what he said. We went out to fancy dinners, met for tea/coffee, went on yoga retreats & had many creative, powerful gatherings. I was seduced by the closeness of the friendships & the ease of everyone obeying & worshipping one person. Once I left the group though, all those people I thought were my friends cut off all contact with me. Women that I thought I’d be friends with forever walked past me in the street pretending that they didn’t see or know me. I know that he told them not to talk to me & that they did whatever he said. They were also mad at me out of loyalty to him. Losing so many close friends so quickly was extremely psychologically destructive, but it also saved my life.

I was always being told by Oriel & his “inner circle” that I wasn’t surrendered enough & that I wouldn’t make it to enlightenment because I always had one foot out the door. They pressured my several times to fully surrender to him. I honestly tried, but I just couldn’t. It was obviously the SANE part of me that knew I should leave this group.

My life was very unstable when I was a student of his. I spent money that I didn’t have paying for expensive dinners & supporting him financially & wound up in debt several times. I also distanced myself from my family & friends because I knew they wouldn’t understand if I told them too many details.

I was curious about spirituality, enlightenment & how to become a more loving person. Oriel talked about love all the time & seemed to have perfect answers to all of my questions. Then I would see him do incredibly cruel things to his students & he would explain that he was “teaching them a lesson.” If we could overcome the pain he caused us, then they would be free from suffering & closer to enlightenment. He even martyred himself saying how painful, but necessary it was for him to teach us in this way. Classic abuser words. Life is hard enough – after 5 years, I decided I had no further need for his “lessons.”

I’ve had a hard time sorting out how I allowed myself to become part of a cult & defend a man who is/was preying on & taking advantage of people, especially psychologically vulnerable, young women, in the name of spiritual awakening. I know some feel they are benefiting from his teachings, but I must submit my warning against him. A decade later I am still recovering & making sense of those years of my life.

Yelp has moved my review to the Not Recommended section. Possibly because followers of Oriel flagged it as other reviewers have mentioned. Here is the link to his Yelp page where you can find it and other reviews.

Sometimes after awhile, Yelp will add the review back to the main section, who knows when or why, but in that case, here is the direct link my review.

I am available to listen and chat with anyone who has been through or is still in a similar situation. Talking with other students of his that left who were similarly, and even much more traumatized, has been incredibly helpful and healing for me. Even though I had several years of therapy, I didn’t quite feel that the therapists I saw truly understood what I was going through. Unless you’ve experienced this kind of brainwashing and psychological abuse, it can be extremely hard to understand what someone is experiencing and the path their healing might take.

Watching the Michael Jackson, Leaving Neverland series, as well as Oprah’s follow up interview, really helped me understand the concept of being groomed and gain a deep understanding of the complexities of deeply loving the person that is abusing you.

Since posting to Facebook and the the Yelp review many women have reached out to me privately to express that they have been inspired by my words and were similarly harmed. Others in my life that met or knew Oriel have reached out to say that something about him had seemed off to them and they had instinctively avoided him and declined his invitations to meet privately. I believe more than ever now in the power of speaking up.

← Intention and ImpactNever Too Late To Fight For What’s Right →