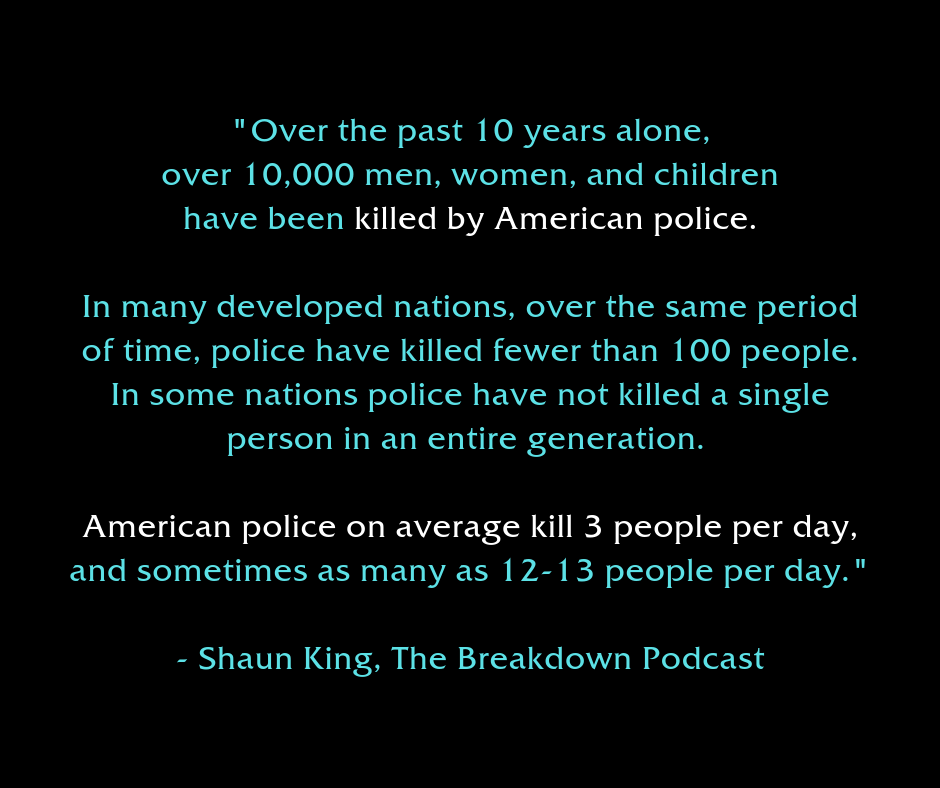 “Police brutality is as deadly as it has ever been in the entire history of our country. Do you know why? For all intents and purposes, police brutality is legal in America. Police policy manuals may discourage it and communities across the country may absolutely despise it, but the bottom line is that our courts are condoning it and they do so each and every time officers who brutalize people are set free. And the list of people unjustly killed by American police is long. It has thousands and thousands of names.

Over the past 10 years alone, over 10,000 men women and children have been killed by American police. In many developed nations over the same period of time, police have killed fewer than 100 people. In some nations police have not killed a single person in an entire generation. American police on average kill at least 3 people per day, sometimes it’s as many as 12-13 people per day.

Conservatives and liberals alike seem to agree that most police departments have a few bad apples. But the bottom line is that nearly none of those bad apples, including the most egregious, heinous, despicable officers in the country, none of them are being held accountable for their repeated crimes against humanity.

Even in the worst cases, the bad apples still aren’t facing justice. What I’m about to say are the clearest words most unmistakable I’ve ever spoken on police brutality.

Police brutality will continue to remain fully legal until those cases are confronted head on. Until we do this, justice will be exceedingly rare no matter how hard we fight.”