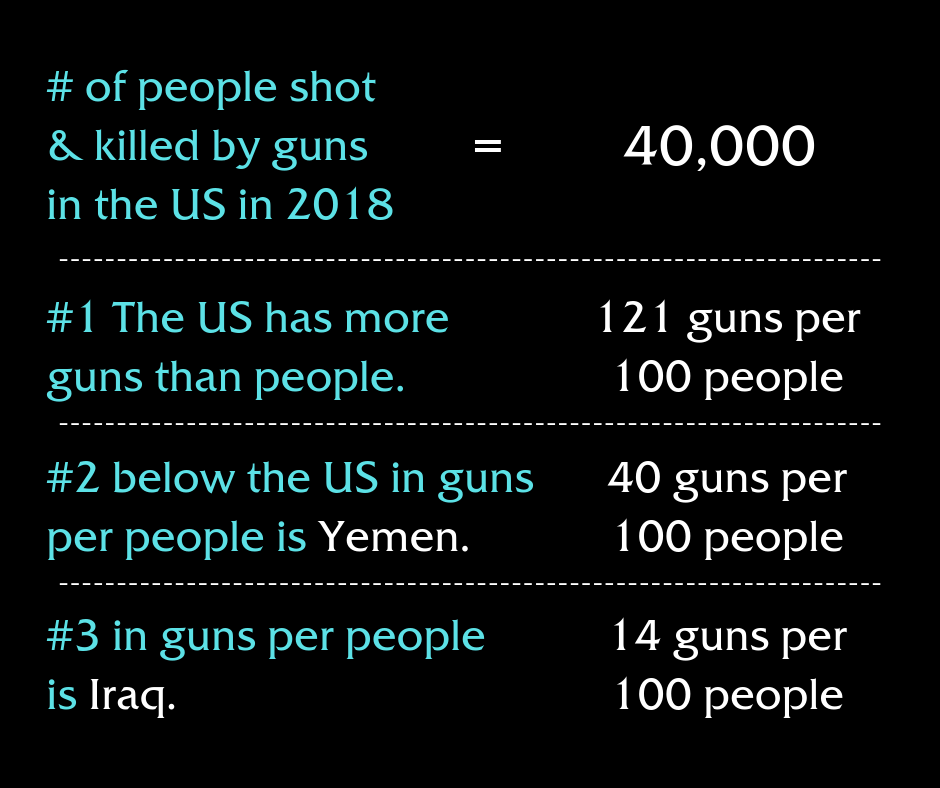 In 1998, I lived in Brisbane, Australia for 7 months while studying abroad. So many Australians I met were so curious to hear about what America was like. The number one question that I was asked was, “Does everyone in America have a gun?”

I was confused by this question because I grew up very sheltered from any kind of gun violence. In my mind, I thought that these Australians must have been watching TV talk shows like Ricki Lake and Montel Williams and seeing those shows exploit and amp up people that were already dealing with very challenging life circumstances. I don’t know why that was the conclusion I came to about that (that was before Google existed!), but I was very ignorant about what was going on in the US and how different our relationship with guns was/is then in many other countries.

I now know that these Australians I talked to back then were afraid to come to America for fear of being shot because we have an insane number of guns and shootings and it has only skyrocketed the last 21 years.

The text below is from The Breakdown Podcast Episode 66 – 27 People Shot. Now What?:

“The number of people shot and killed by guns in this country started being measured in 1979.

the United States, which is the only nation in the world that has more guns than people, had 121 guns for every 100 people.

Number two is YEMEN, which is widely thought to be the most dangerous, least stable nation in the world right now. Iraq only has 19 guns per 100 people, and the United States has 121.

When you flood a country with 350 million guns; strip down all of the checks and balances and safety measures; refuse to pass even the most basic, common sense gun reforms; and then defund education, defund community centers, and maintain one of the worst mental health systems in the entire world, what the hell did you think was going to happen?

Gun manufacturers don’t care. The NRA and the gun lobby, which spends nearly half a billion dollars per year making sure nothing gets better, damn sure doesn’t care. And so here we are. We have 110 people per day shot and killed in this country — 110 — at schools, at festivals, at parks, at movie theaters, at concerts, on the block, at work, at home, everywhere.”